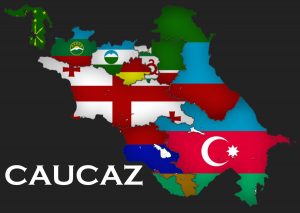 On March 30th, the Ministry of Culture of the Republic of Azerbaijan and the National Library jointly organized the presentation of the book „Way to Victory” authored by the member of the Writers’ Union of Azerbaijan, Irada Alili (Aliyeva). There were also presented two other books that describe regions of Kharabah: „Homesickness in a teardrop” and „Yearning for Lachin”. The books were published in Azerbaijani, English and Russian.

The Ambassador of the Islamic Republic of Pakistan to Azerbaijan Bilal Haye spoke about the fraternal relations between Pakistan and Azerbaijan and said that during the 44-day Karabakh war, the people and government of Pakistan stood by Azerbaijan and supported it politically and morally.

The head of the Romanian Cultural Center, Iosefina Batto, expressed her gratitude to be part of this event and mentioned about Irada Alili’s book translation project into Romanian that is going on under her supervision.

Dean of the Faculty of Translation of the Azerbaijan University of Languages ​​Banovsha Mammadova noted that Irada Alili’s book dedicated to Khojaly will be published in Spanish, Italian and French.

The other speakers in the event stressed the importance of the author’s new books for international opinion about the 2nd Kharabah War.

Irada Alili thanked the Ministry of Culture and the National Library for organizing the event and thanked everyone who contributed to the publication of the books.

🇦🇿 Embassy of the Republic of Azerbaijan in Romania : Astăzi...